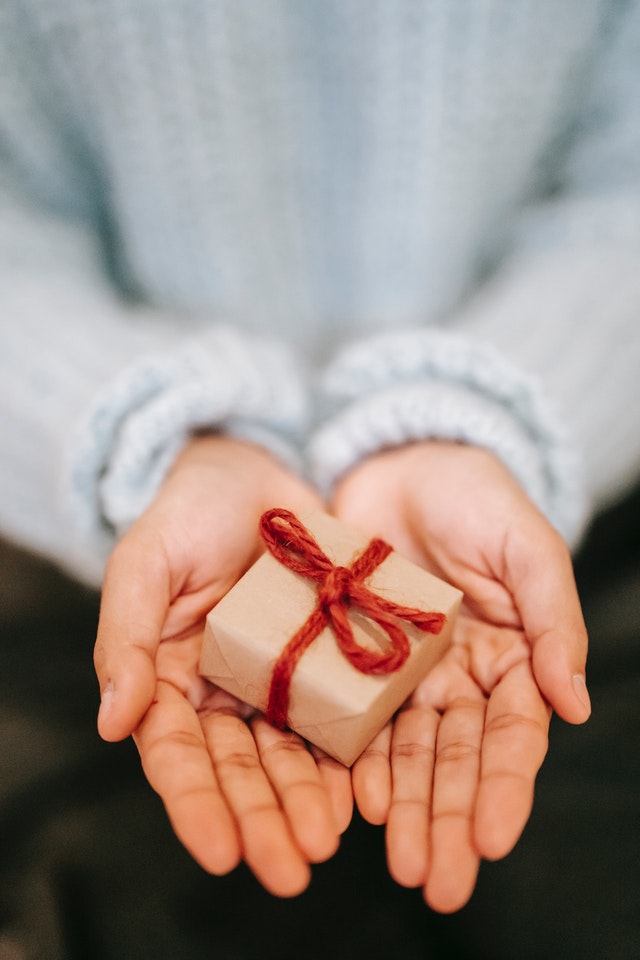 In the old Greek language there are two words for “receive” that each mean a different type of receiving. However, both words appear in English bible translations as a generic “receive”. So they lose their deeper meaning. In this bible study lesson we look into the meaning of these two Greek words: “dechomai” and “lambano”.

The key to properly understanding this passage is in the Greek text. There are two different words they use for receive. Although translators show both as “received” therefore loosing the deeper meaning. These words are “dechomai” and “lambano”.

There is a certain distinction between dechomai and lambano. Dechomai is a passive verb that frequently indicates “a welcome reception”. Lambano is an active aggressive verb that suggests a self-prompted taking. Both mean “received”, but the greater meaning is lost in the loose translation of these two words.

The definition of Dechomai literally means: “to receive by deliberate and ready reception of what is offered”. It denotes very little action beyond being happy to take possession of something. An example is receiving a kind word or receiving a guest into your home. That is the meaning of “Dechomai”. It’s like a wedding reception when people line up to wish the bride and groom well. That is known as a “receiving” line.

The definition of Lambano is: “to take, lay hold of; to receive into action or use”. Besides its literal sense, it is also a common metaphor of fear, as in “fear taking hold” of people.

Lambano denotes action into some kind of manifestation, such as when you receive an order from a superior and immediately act upon it. Your action is the manifestation of receiving the order. Or when you take something in hand, like a hammer, then use it to drive in a nail. You have it in your possession; you used it and now there is the manifestation, the result of the action, which is the pounded in nail. Thus, you put it into manifestation. Lambano is when you make a purchase and the cashier hands you your change. You “lambano” your change and put it in your pocket or use it to make another purchase. That is the meaning of “Lambano”.

Born Again But Not Manifesting Gifts

People frequently ask me variations of the following question. It seems a common misconception, thus the reason for writing this article. “Does everyone speak in tongues when they get born again? Because I was taught, and believe, that one can be born again without receiving the holy spirit.”

And they generally offer following passage as proof of this belief: Acts 8:14-17
14) “Now when the apostles which were at Jerusalem heard that Samaria had received the word of God, they sent unto them Peter and John:
15) Who, when they were come down, prayed for them, that they might receive the Holy Ghost:
16) (For as yet he was fallen upon none of them: only they were baptized in the name of the Lord Jesus.)
17) Then laid they [their] hands on them, and they received the Holy Ghost.”

Their opinion is that these Samaritans received the Word of God, they were born again because it says they were baptized in the name of the Lord Jesus, but they did not receive the holy spirit until the laying on of hands by the apostles. To this I generally reply, “We seem to have a misunderstanding of the scriptures due to an error in translation. The main word we are looking at here is received”.

14) “Now when the apostles which were at Jerusalem heard that Samaria had received the word of God (dechomai – joyful welcome acceptance but no other action), they sent unto them Peter and John:
15) Who, when they were come down, prayed for them, that they might receive (lambano – take action or manifest) the Holy Ghost:
16) (For as yet he was [better translation is “it was”] fallen upon none of them: only they were baptized in the name of the Lord Jesus.)
17) Then laid they [their] hands on them, and they received (lambano – received into manifestation) the Holy Ghost.

Laying on of Hands to Lambano – Receive the Holy Spirit

Throughout the Book of Acts there was great concern about manifesting the holy spirit, and what they usually looked for was speaking in tongues or prophesying. Contrary to popular Pentecostal and Charismatic belief, the laying on of hands is not necessary for one to receive holy spirit.

So why lay on hands? Because most often, a new believer will not know about his new abilities, so he would need some help and instruction. In a few recorded cases where the new believer didn’t immediately manifest the spirit they (the disciples or apostles) sometimes laid hands upon them to assess the problem, lend support, or focus attention. They probably did so as directed by the holy spirit.

There are many scriptures where people got born again and manifested holy spirit without laying on of hands. Such as in Acts 2:4 “And they were all filled with the Holy Ghost, and began to speak with other tongues, as the Spirit gave them utterance.”

In Acts 10:44 “While Peter yet spake these words, the Holy Ghost fell on all them which heard the word.”

And in Acts 11:15 “And as I began to speak, the Holy Ghost fell on them, as on us at the beginning.”(Referring to Acts 2:4 where they all manifested by speaking in tongues)

When we read “the holy spirit fell”, or “was fallen upon them”, know this is a figure of speech. This expression is often applied to the Holy Spirit, like we just read in Acts 8:16, Acts 10:44; Acts 11:15. It means that it came from above, in these cases figuratively in power and authority; and this figure of speech applies more to its influence upon the receiver rather than its origin or direction.

This led to his next question where he seemed to be getting a little worried: “Does everyone speak in tongues when they get born again? Maybe I’m not really born again, or I’m doing something wrong!”

If you accepted Romans 10:9-10 and performed as instructed in those scriptures then you are born again. You know the verse, confess with your mouth the Lord Jesus and believe in your heart that God raised him from the dead then you shall be saved. Jesus said in John 14:12, “…He that believeth on me, the works that I do shall he do also; and greater [works] than these shall he do; because I go unto my Father.”

Not everyone speaks in tongues immediately following getting born again or goes out performing miracles. I sure didn’t. But that doesn’t mean you or I don’t have the ability to do those things. You merely have not yet manifested your ability. You’re not doing anything wrong if you don’t manifest the spirit right away. For most people, manifesting the holy spirit takes time. You must increase your believing, dechomai and lambano proper instruction, have some patience and put in a little practice.

If you want to manifest the gift of holy spirit to your fullest capabilities, that is available. But it will take a lifetime commitment to higher learning, greater believing, daily practice and a very close communion with God. For an example of this, just look at any of the Major Prophets, Jesus Christ, and any of the apostles to see what’s involved in reaching your highest potential.

Speaking in tongues is physical proof that a Christian is born again. Speaking in tongues is external, tangible evidence in the senses realm that the internal, intangible gift of holy spirit is inside you. All Christians can speak in tongues through the gift of holy spirit; you already “dechomaied” that gift. Whether or not you choose to “lambano” it, take action and use it is your choice based on your level of instruction and on your own free will to do so.

OUTWARD MANIFESTATION OF YOUR INHERENT POWER

SPEAKING IN TONGUES WAS AND STILL IS THE “WITNESS” AND THE OUTWARD MANIFESTATION OF YOUR INHERENT POWER THAT JESUS FORETOLD ABOUT IN THE GOSPELS.

Let’s take a look some verses where we are told that we shall Lambano Holy Spirit and be Speaking in Tongues:

Mark 16:17, “And these signs shall follow them that believe; In my name shall they cast out devils; they shall speak with new tongues;”

1 Corinthians 14:22, “Wherefore tongues are for a sign, not to them that believe,”

Acts 1:8; “But ye shall receive [LAMBANO] power, after holy spirit is come upon you: and ye shall be witnesses unto me both in Jerusalem, and in all Judaea, and in Samaria, and unto the uttermost part of the earth.”

Acts 2:38, “Then Peter said unto them, Repent, and be baptized every one of you in the name of Jesus Christ for the remission of sins, and ye shall receive [LAMBANO] the gift of HOLY SPIRIT.”

“Ye shall lambano” is future absolute tense. It’s not maybe receive if you want to; it’s not “Ye shall dechomai” [receive by joyful welcome but do nothing]. It’s “Ye shall lambano”. You will receive the gift of holy spirit into manifestation. That is the will of Christ and the unanimous expectation of the all apostles toward us who believe.

Heavenly Father, our God in the highest in whom we worship and derive all power, we thank you for your wonderful gift, the gift of holy spirit. Father we gladly dechomai your gift as a welcome addition to our lives and we pray to lambano, to receive your gift into manifestation for your greater glory, to the glorifying of our Lord Christ Jesus and to the betterment of all our faithful brethren in Christ. In the name of our Lord Christ Jesus we pray, Amen.